Read more
The store will not work correctly in the case when cookies are disabled.

Company MoonWalk their way to a healthier lifestyle 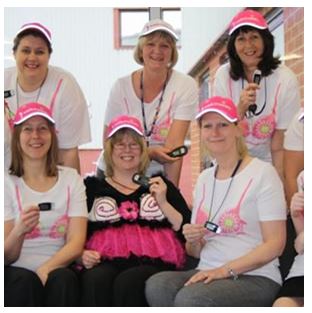 Each year thousands of participants power walk their way through the streets of cities around the World wearing an incredible array of decorated bras and costumes. Amongst them was a corporate team who amassed an incredible 2,414 training miles between them; that’s the equivalent of walking from London to Turkey!

To train for the big day, the corporate team pioneered a new approach to getting healthier with the support of Activ8rlives. The company provided each participant with a Buddy step counter linked to its dedicated social network group so that they could keep each other motivated.

The MoonWalk was the first for many of the team. “You don’t quite realise how far a mile is until you start training,” said one participant, Sally. “When you get in your car and measure out half a marathon or 13.1 miles, suddenly you realise what you’ve signed yourself up for!”

The MoonWalk raised money for the breast cancer charity Walk the Walk, and the event as the name suggests, took place overnight with no running or jogging allowed. Participants could choose to complete either a full marathon or half marathon, but all wore brightly coloured bras to raise awareness of the illness.

Walking at night is gruelling even for the experienced, so newbees needed every help they could get. The Buddy step counter is a high-tech pedometer that not only records the number of steps taken, but also the amount of time spent active and can calculate both the distance walked and the number of calories used. Data is transferred to each participant’s personal online account on the Active8rlives website, allowing each person to monitor their progress, both individually and as a team. Members also posted messages of support to one another using the site’s Group Chat facility. 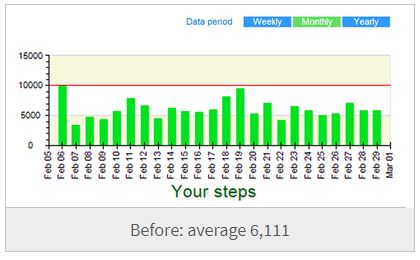 Kevin Auton, Director at Activ8rlives, explained that the social aspect was really important to keep up motivation.

“Lots of people sign up to a gym in the New Year and stop going by February. Doing something in a group or with friends makes all the difference because it makes exercise part of your life.

“The MoonWalk is great because it gets women who have never done a marathon before, training together; so we were really keen to support this corporate team. The Buddy step counter gave tangible evidence that they were getting fitter and uploading to the social network gave them an extra incentive to be active and support the team.”

Alicia agreed and said that training with colleagues made all the difference;

“Training together and using the Activ8rlives site definitely spurred us on. Everybody had different peaks and troughs in their training and this way we can really supported each other. Being pushed up a hill is always a great help!”

After receiving their Buddy step counters, the average number of steps taken by each team member increased from 6,111 a day to over 10,000. The total number of steps walked by the team during their training for the MoonWalk was six million, with over 200,000 calories burned. 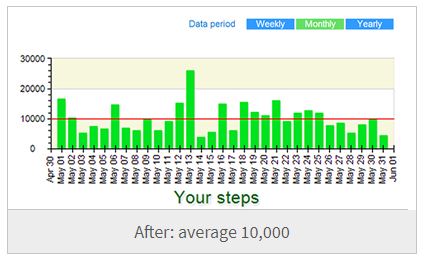 On the big day, nine of the ladies took part in the half marathon, while two decided to tackle the full 26.2 miles. Sandra, the MoonWalk veteran of the group, explained why she thinks this event was particularly special.

“I think each of us have been touched by breast cancer in one way or another. Some of us have friends who are going through treatment at present. The atmosphere at the event was fantastic and the money raised supports breast cancer projects across the UK. We are so grateful to Activ8rlives and all those who have sponsored and supported us.” Their company donated half of the event entrance fee.

Activ8rlives was delighted with the team’s achievements and believe that encouraging families to be more active is fundamental to reducing the incidence of heart disease, cancer and diabetes in the UK. “The important message is that being active, eating well and staying healthy isn’t only about weight loss, it’s also about being fit. Finding the time during our busy day can be a challenge, but by working in an online group, we can give support to others and be encouraged and supported in return. This keeps the motivation going.